In 2013, through a controversial proposal Mexican Congress debated and then approved a Constitutional Reform that allowed private and foreign investment across the energy value chain for the first time in 75 years. The Energy Reform as it was known, aimed at boosting energy production and transforming the oil and gas industry. Later in August 2014, secondary legislation was approved to implement a regulatory framework that leveled the playing field for all actors in the sector.

Mexico is said to have one of the largest untapped energy reserves in the world but despite that, gas and oil production had been in decline as a result of minimum investments in new technologies and limited offshore drilling opportunities. The reform took place in an unfavorable scenario, with oil and gas prices severely depressed and reduced investor enthusiasm. PEMEX (the national oil company) was heavily in debt and faced large labor and pension liabilities and a fiscal regime that seemed to be weakening the company. The CFE (the Federal Electricity Commission) loomed over the electricity sector as a monopolistic actor that would inhibit the development of a truly competitive market.

The Energy Reforms had two main goals: bring in competition and capital. The competition aimed at bringing new entrants and technology that would contribute to the economy and lower energy costs for the consumers. PEMEX also lost its monopoly over the midstream (product pipelines, tank farms, and the like) and over retail fuel sales. The industry was also in need of capital to respond to the growing demand for oil, gas, and power and replace oil and gas production from declining fields. The reform did not privatize or change PEMEX’s nature but it allowed for competition and removed some constraints.

Regarding renewables, the Clean Energy Certificates (CEL) have been a form of incorporating aspirational goals and objectives into the design of the electricity market in the form of quota obligations since 2014. The CEL program was included in Mexico’s voluntary nondisclosure agreement submitted as part of the 2016 Paris Climate Agreement. The 35% target for 2024 was reaffirmed by the Senate in January 2016. In Mexico, clean energy is defined to include renewable sources such as geothermal, hydro, solar and wind, efficient cogeneration (carbon dioxide emissions less than 100kg per megawatt-hour) and nuclear energy. 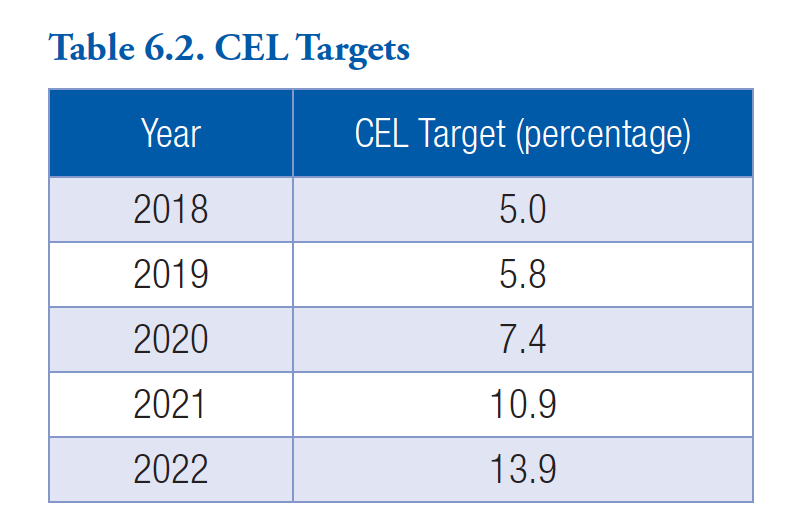 Mexico is the second-largest economy in Latin America with more than 40 million electricity consumers and significant untapped potential for renewable energy resources. The energy reform created many incentives to facilitate investments in renewables but several challenges remain.

In 2015, Mexico was among the top 10 destinations for new clean energy investment bringing in $4 billion. The country is also among the top three in Latin America for solar and wind potential and as a volcanic region, it has significant geothermal potential.

The first clean energy tender in 2016 resulted in 18 contracts for 11 solar PV projects. The first auction was widely viewed as a success. The second auction increased the capacity awarded to 2,804 MW, of which 1,792 MW was solar PV and 1,012 MW was wind, as well as some nine million CELs. The third auction drew a record of 415 prequalified bidders, resulting in 16 offers to build 2.6 MW of capacity for 15 to 20 years. The third auction saw record low prices with an average price of $20.60 per MWh.

The reforms brought an extraordinarily rapid and profound liberalization. In the oil sector more than 100 contracts for exploration and production with a total future investment value of more than $160 billion. In 2018, the rig count in Mexico began to rise for the first time in years. Private and foreign firms have partnered with PEMEX for oil exploration and production and other blocks have been allowed to be farmed entirely by private firms in exchange for a share of the profits.

The reform is not complete and further reforms are needed to fully realize the benefits of an open and competitive Mexican energy sector. For example, regulations that will ensure the independence of the regulatory institutions is strengthened according to the IPD Latin America and Wilson’s Center Mexico Institute.

Furthermore, some of the early promises still need to be materialized. PEMEX is producing less than 1.9 million barrels a day and still faces precarious financial and business future and the company has been the center of major corruption scandals. The CFE still dominates the Mexican electricity market, although moves to disaggregate the firm have begun.

Although there has been a commitment to massive amounts of investment in the oil sector, the true benefits in terms of oil produced, fiscal revenue and employment will only begin to be seen after 2020.

Mexico’s current administration has plans and policies that rely on revamping the oil industry and prioritize modernization of the existing power plants, mainly coal, natural gas, and refineries. The fourth clean energy auction was canceled and the head of the CFE has dismissed wind and solar as unreliable and expensive even though some of the older hydroelectric plants now qualify for clean-energy credits.

As was mentioned in previous posts, during the current administration the trend to renewable energy has fallen behind, regardless of the administration still keeping the goal of achieving that 35% of all power generation comes from clean sources by 2024. 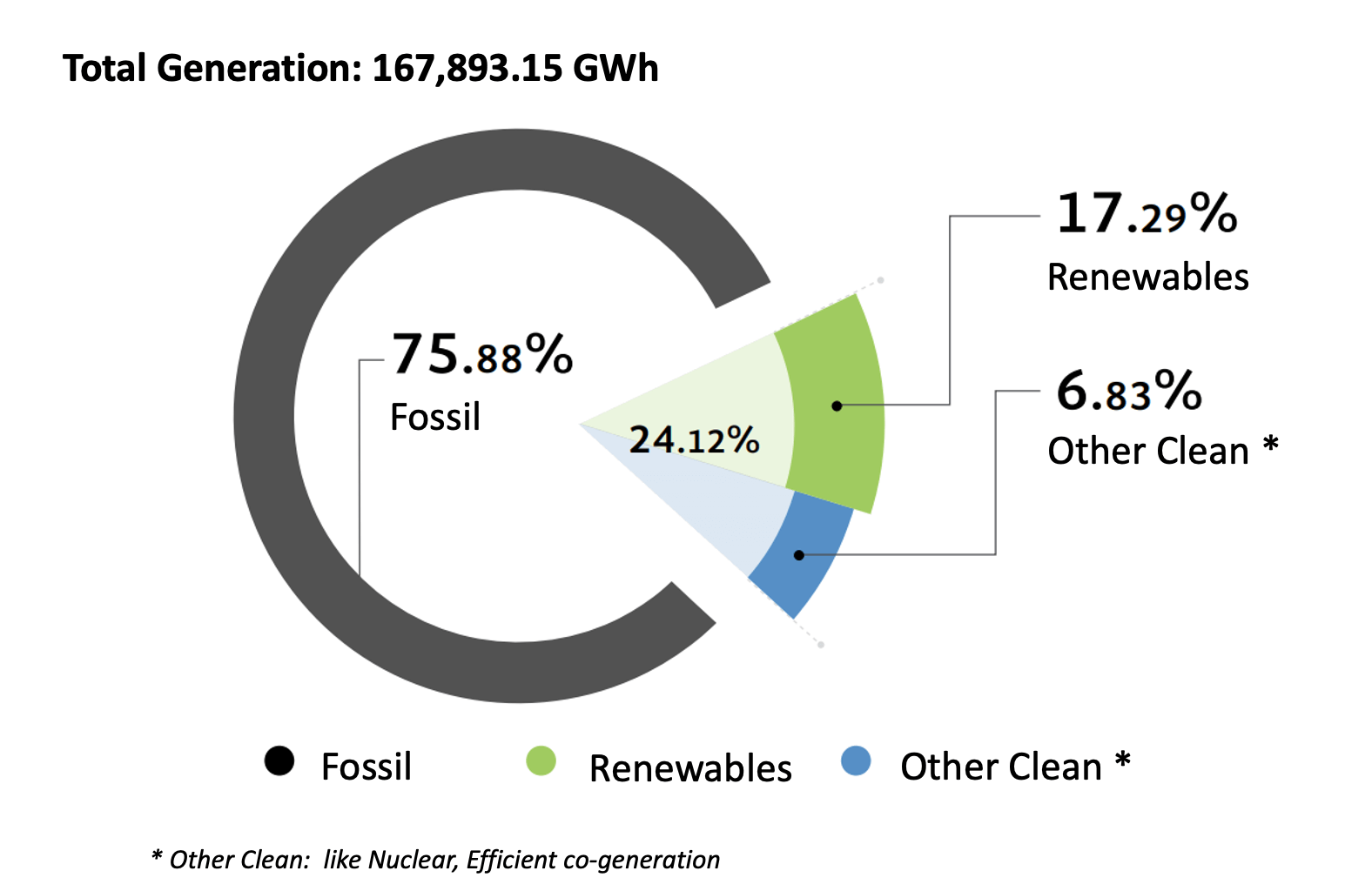 The current fossil fuel-based strategy is not compatible with mitigation goals and renewable energy commitments. The strategy not only entails environmental and health risks, but potentially a huge economic and political misstep: renewables help reduce the geopolitical risk of fossil fuels, as Mexico imports most of its gasoline, natural gas, and coal. Developed and developing nations alike are increasingly looking towards a greener and more efficient option for energy and fuel generation, sending a clear signal as to where future investment and R&D will be allocated.

The current strategy is not compatible with national mitigation and energy penetration goals and commitments. We applaud the efforts to guarantee accessible and affordable energy. However, it is necessary to carry on with the energy transition, as it implies economic, environmental and social benefits, as well as achieving national and international climate goals. Studies and past experiences have proven that renewable energy can be more profitable and help achieve energy security, along with a better quality of life for the country. We ask the current administration to make clean energy a priority and support the expansion of renewable energy technologies, furthering the country’s environmental commitments and goals.

We ask the current government to ensure that its energy initiatives are consistent with national climate goals and commitments, not only for the betterment of the planet and future generations but also for public health and long-term economic stability.