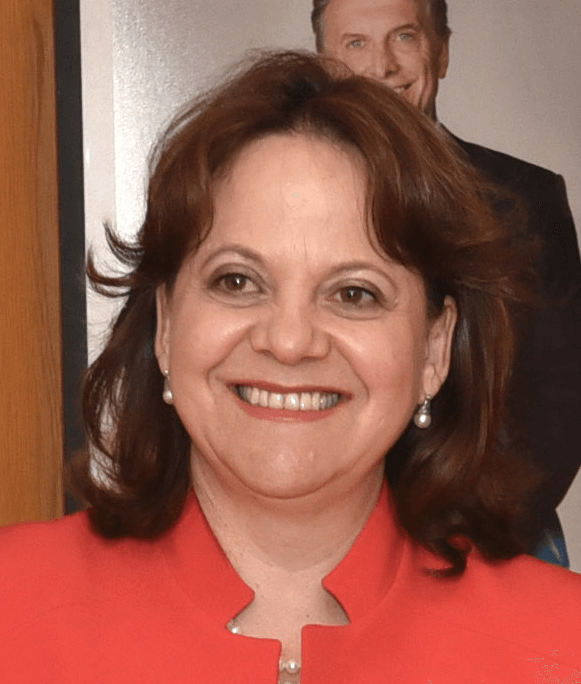 Mexico has been an outstanding country regarding the inclusion of climate change in its national political agenda thanks to many passionate people that actively participate in research, negotiations, and highlighting the necessity of finding joint solutions to avoid the negative impacts of climate change.

One of the most active drivers is Martha Delgado, currently Undersecretary for Multilateral Affairs and Human Rights in the Ministry of Foreign Affairs. For the past 28 years, Martha has worked on environmental issues in different sectors, holding various positions, from being a public servant in the federal and city governments, to leading an environmental NGO and being an advisor for international organizations.

Martha Delgado has received several awards for her outstanding work, including recognition in 2010 as one of the 50 most influential people in Mexico by Quien magazine and as one of the 1000 pioneers of the new world for her contributions in urban sustainability. Moreover, in 2016 she was awarded the “Governor Enrique Tomás Cresto, Leaders for Regional Development” Distinction for her work to promote the regional development of Latin America and the Caribbean.

In her role as Undersecretary, Martha has been a leader in shaping Mexico’s environmental and climate change policy agenda. She has helped establish the legal protection of important ecosystems in Mexico and created and chaired the Special Commission for Integral Water Management.

At a subnational level, Martha introduced the first local Climate Action Plan in Latin America and has played a key role in the implementation of “ECOBICI”, the first Public Bicycle System in Latin America. She has also been involved in programs to help the rescue of the Magdalena River, the last living river in Mexico City, the Trueque Market, where organic vegetables are exchanged for solid waste, the Program “Reverdece tu Ciudad” to plant one million trees, and many other successful programs.

Furthermore, she served as Vice President of ICLEI, Local Governments for Sustainability, an international institution with more than 1,500 cities around the world. She is currently a member of the Earth Day Network’s Global Advisory Committee and a member of the jury of the Earth Hour City Challenge of the World Wildlife Fund.

Martha is also a member of the Sustainable Cities Group of the UN Sustainable Development Solutions Network (SDSN), a member of the Advisory Council of the Momentum for Change initiative, which supports the UNFCCC efforts to promote effective action against climate change, and a member of UNESCO’s Advisory Committee of Experts on Water and Human Settlements.

Martha holds a bachelor’s degree in pedagogy and a fellowship from the prestigious LEAD-Program, Mexico. She also holds a certification in environmental policy and international development from Harvard University.

“As a generation we have been unable to not only recognize the problem (climate change) but also to solve it and I think that we are in the last possible moments of reversing a dominant trend in the world”.

Articles: Available only in Spanish