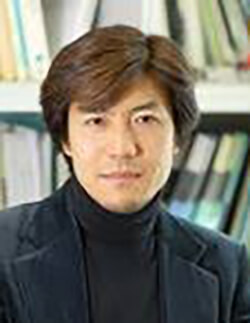 Seita Emori, 49, is a Japanese environmental scientist. He has been working as Chief of the Climate Risk Assessment Section, Center for Global Environmental Research, NIES (National Institute for Environmental Studies) since 2006. His area of specialty is future projections and risk studies of climate change. He is a lead author for the Intergovernmental Panel on Climate Change (IPCC) 5th Assessment Report (AR5).

Emori’s work primarily focuses on the worldwide effects of Global Warming. He has written contributed articles in academic journals in Japan and internationally and has written books to inform Japanese and others on the dangers of climate change.

In Japan, Emori has sat for numerous government boards, providing insights for Japanese economic policies. He is a lead author for the Intergovernmental Panel on Climate Change (IPCC) 5th Assessment Report (AR5). He was also one of the co-authors for the IPCC 4th Assessment Report, for which the IPCC received a Nobel Prize in 2007.

“As widely recognized, the adoption and entry into force of the Paris Agreement are great achievements of humankind. However, we believe that they do not bring an end to the discussion of long-term climate goals. Even if the goals of different countries are summed up, the globally agreed reduction target remains unachievable; moreover, these individual country goals require further investigation. In addition, the rise of national particularism in some countries poses additional uncertainties to the Paris Agreement framework because it assumes international cooperation. This situation requires a continuous review of the long-term goals and risk decisions associated with them.”  (from his paper, Integrated climate assessment: risks, uncertainties, and society(ICA-RUS) By  Emori S., Takahashi K., Sustainability Science, 13(1):1-3 (2018))