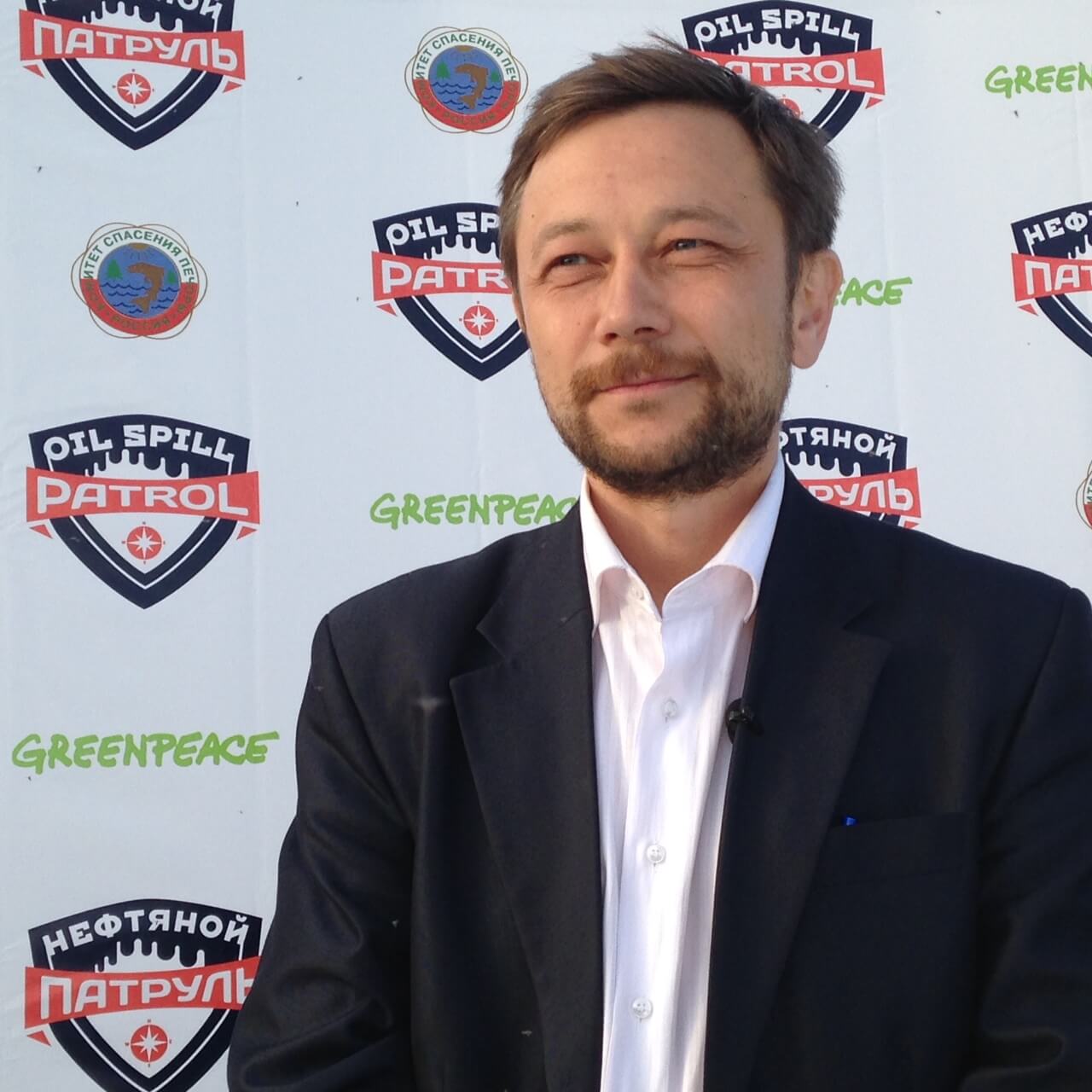 Vladimir Chuprov, 49, is an environmentalist and the leader of Greenpeace Russia’s Energy Program since 2000. His activism work focuses on lobbying the Russian government to improve legislation related to energy efficiency, as well as building an energy/climate team in Greenpeace Russia. For Chuprov, the main objective of his work is to improve the general energy policy of Russia via governance relationship work, raising public awareness through all available media, and working with expert communities to put pressure on decision makers. Throughout his career, Chuprov has managed to carry out successful negotiations with expert communities, create platforms for dialogue between grass root NGOs/activists, and decision makers/authorities. His extensive presence in the media and expert communities together with public appearances helped to improve the federal laws on energy conservation (2009), Russian federal authorities’ policy on offshore oil and gas exploration in the Arctic (2013), the transport policy of Moscow’s administration (2019), and others.

In the past, Chuprov has led expeditions to remote parts of Russia, such as the Yamal Peninsula, in an attempt to monitor and expose how climate change is affecting some of the most sensitive ecosystems in the world, with a focus on the very real danger that is a dispersion of anthrax from the melting permafrost. Chuprov’s job in Russia is not an easy one. An attempt to carry out one such expedition in 2016 came to a halt when the environmentalists were rejected helicopter tickets to Port Novy and the police paid a visit to their hotel for a surprise document check. The group’s veterinarian, who first documented the anthrax epidemic, and two reindeer herders, who wanted to talk to members of the expedition, were arrested on the spot. Chuprov sees this as the government’s efforts to block Russians from their legitimate right to get information about the state of the environment and limit (not always legally) environmental NGO’s right to free movement.

In addition, Chuprov believes that Russian society’s inherent characteristics are a barrier to facilitating a transition to cleaner energy because historically, Russians are distrustful of those with alternative viewpoints and this is a deep-rooted sentiment that cannot be changed overnight. Federal television channels (still the most important source of information for most older Russians and those that live outside the main cities) take advantage of this distrust and present a very strong anti-climate agenda bordering on propaganda, which does not help to alleviate skepticism towards Chuprov and Greenpeace’s message. Furthermore, Russia is still facing economic issues such as inflation and unemployment in some regions, which creates a complex political and social environment where climate change concerns are not a top priority for many average Russians. Lastly, in July 2012 after taking office as president for a third term, President Putin signed the law on “foreign agents,” which came into force in November of that year. The central, controversial aspect of the amendments was a requirement that organizations engaging in political activity and receiving foreign funding must register as foreign agents. Though Greenpeace Russia does not have the status of a “foreign agent”, oftentimes Chuprov and his colleagues are regarded as such anyway. When they are falsely perceived as “foreign agents”, it can get in the way of work.

“Climate change is not just a risk or problem for mankind but rather an opportunity to reconsider our values to make humankind more humanistic. The existing paradigm is one of nations constantly competing for resources through national egoism and wars, resulting in the culmination of such a paradigm. We have a chance to stop this trajectory towards a collective suicide.”

Chuprov regularly writes articles for members of the expert community, speaks to the media, gives public talks, and appears on television.

Links to other appearances in print, TV and online media [in Russian]: