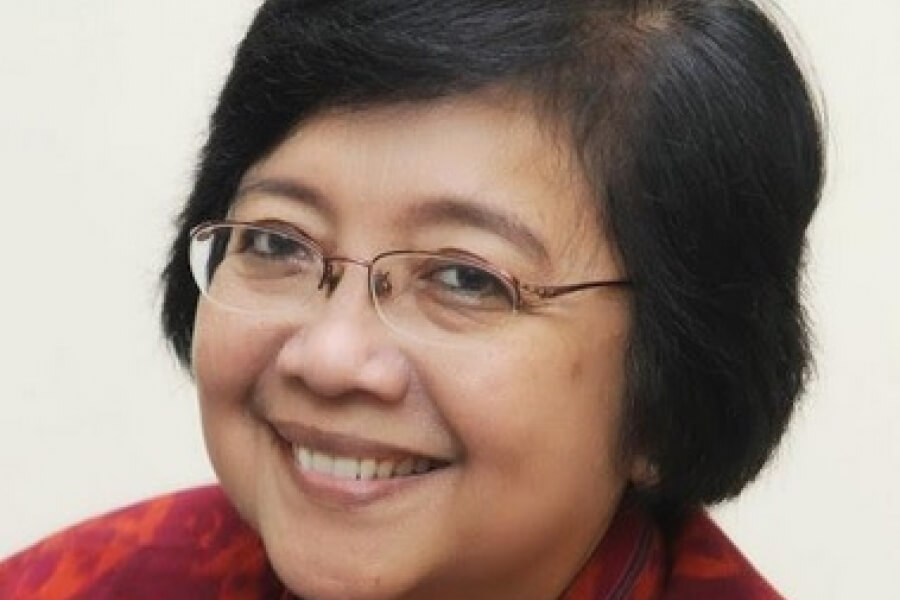 Siti Nurbaya Bakar, born in 1956, is the 10th Minister of Environment and Forestry. She is a member of the NasDem (national democrat party) and was renewed to the minister position after Joko Widodo’s election victory this year. She has served in this role since 2014.

After reappointment, Bakar indicated that her top priority would be to work with the Ministry of Agriculture to end slash-and-burn practices, prevent deforestation, and prevent peatland fire. Her top priorities would all contribute to reducing GHG emissions.

Bakar is a graduate of the Bogor Institute of Agriculture and previously was the Secretary General of the DPD RI (Regional Representative Council of the Republic of Indonesia) from 2006 to 2013. She also was the Pelaksana Manajemen Sekolah Tinggi Pemerintahan Dalam Negeri (STPDN) from 2003-2004 and Sekretaris Jenderal Departemen Dalam Negeri from 2001-2005.

Her ministry has more tools, responsibility, and oversight to reduce greenhouse gas emissions than any other ministry.

In August of this year, Bakar announced a renewal and upgrade of the crucial peatland and forest clearing ban. The ban on clearing peatland and forest has been renewed every two years since 2011. Bakar announced that it is now permanent. “So far it’s only been extended, and extended again. I want a permanent [moratorium],” Nurbaya Bakar said. “Our primary forest cannot be cleared out.”

This moratorium protects 66 million hectares or 35% of all the country’s land. 52.3 million hectares of this 66 is primary, old growth forest. Protecting this vast swath of intact rainforest and carbon rich peatland will limit future GHG emissions sources. Bakar has claimed this moratorium has cut deforestation by 38% in the protected areas and was critical in persuading Norway to release $1 billion of REDD+ projects.

After the 2019 haze, Bakar has fined and revoked the licenses of palm oil companies that caused land and forest fires. This year some 942,000 hectares burned with 8,944 hotspots. Although this is down from 2015, a historically intense year of burning with 22,000 hotspots, more needs to be done to address peatland fires.

Bakar has led the peatland restoration agency which is responsible for preventing fire and rewetting peatland. She also announced a Forest and Land Rehabilitation program in the Pemali-Jratun River which will plant some 23,000 hectares of trees per year. Bakar would like to see 800,000 hectares of trees replanted across Indonesia.