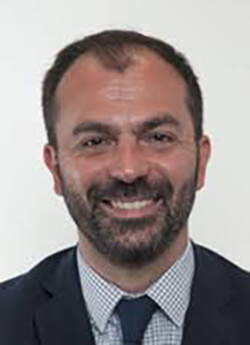 In 2019, Italy became the first country in the world to mandate the study of climate change in schools. The man behind this important announcement was Lorenzo Fioramonti, the Italian Minister of Public Education. Under the new law, all state schools will dedicate at least one hour a week to sustainability and climate change issues.

Fioramonti was born on 29 April 1977 in Rome and holds a degree in Philosophy. He became a political scientist and professor of political economy at the University of Pretoria, South Africa and Associate Fellow of the Centre for the Study of Governance Innovation. He is also a member of the Center for Social Investment at the University of Heidelberg, the Hertie School of Governance and the United Nations University.

Fioramonti’s articles appeared in the New York Times, The Guardian, Harvard Business Review, Die Presse, Das Parlament, Der Freitag, Mail & Guardian and Foreign Policy. He has a monthly column in Business Day, the leading financial newspaper in South Africa and has been co-director of the scientific journal The Journal of Common Market Studies. He has co-authored and co-edited a total of ten books, the most famous being Gross Domestic Problem: The Politics Behind the World’s Most Powerful Number and How Numbers Rule the World: The Use and Abuse of Statistics in Global Politics.

Between 1997 and 2000, Fioramonti was a parliamentary assistant, collaborating free of charge with Antonio Di Pietro to develop policies for young people in the suburbs. In 2018, he was elected to the Chamber of Deputies and in 2019, he was appointed as Minister of Education, University and Research in the Government Count II. Fioramonti is known for his strong position regarding a crucial increase in the budget allocated for education in Italy.

“There are countries like Bhutan which focus on happiness and well-being rather than GDP, but this is the first time that a country has taken the UN agenda and turned it into a teaching model,” said the minister, who is a member of the Five Star Movement.

“This is a new model of civic education centred on sustainable development and climate change,” the minister told The Telegraph. “It’s a new subject that will be taught from grade one to grade 13, from the ages of six through to 19.”

The ignorance about climate change is considered a major factor behind the current situation the world is facing. Italy, with the initiative of its Education Minister is taking a new lead in looking at the current world and its future from a new angle. Sustainability and climate change should be a center of education in all countries. Raising a new generation aware of climate change, the environment, and its challenges will create a responsible population: a population which is adapting its social and economic behavior to better the environment and their surroundings, and a population which is aware of the challenges ahead and is working together to protect, preserve, and create a sustainable planet for future generations.

Although Italy’s initiative is on the national level, it could be used as an example encouraging other European and non-European countries to follow; thus, creating a future generation that is cooperating to tackle climate change issues and improve the sustainability of our planet.