Based on statistics from the U.S. Energy Information Administration (EIA), in 2017, renewables make up approximately 11% of the total energy consumed in the U.S., and the percentage of renewables – in particular solar and wind – of the U.S.’ overall energy portfolio has increased significantly over the last decade. Almost 20% of the electricity generated in the U.S. in 2018 came from renewable sources. Since 2000, the consumption of renewable energy has more than doubled. 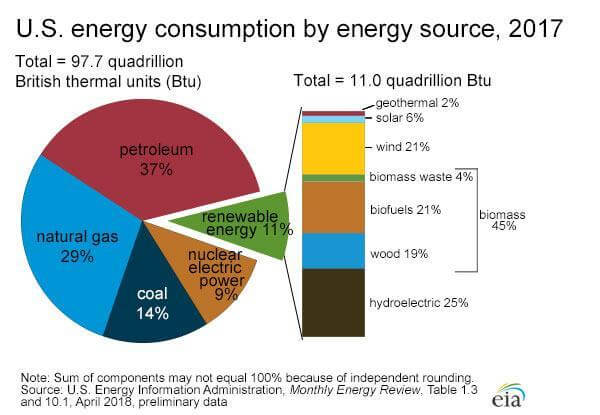 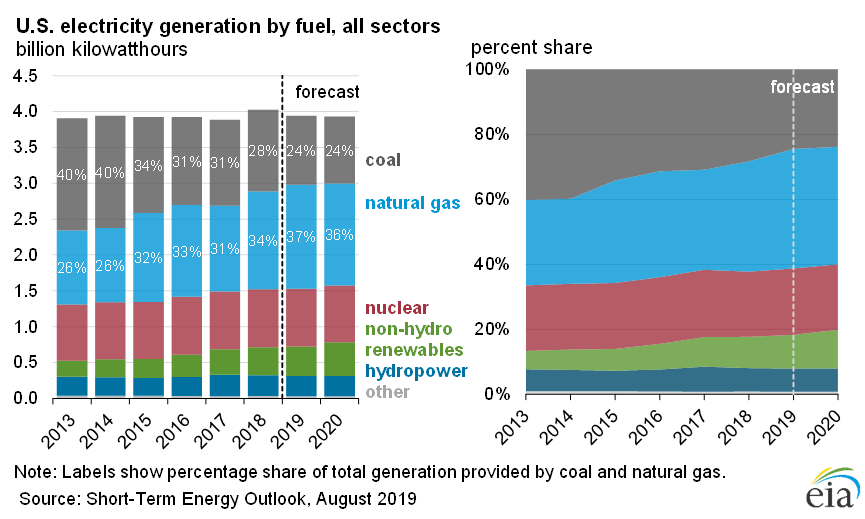 In its analysis of 2017 data, Lazard found that the levelized cost of energy (LCOE), which determines the cost per kWh or MWh over the lifetime of the generating plant, for solar and wind has decreased steadily from 2009 to 2017. In the case of utility scale solar generation, the LCOE has dropped significantly in this time to be cost-competitive with both combined-cycle natural gas and wind. 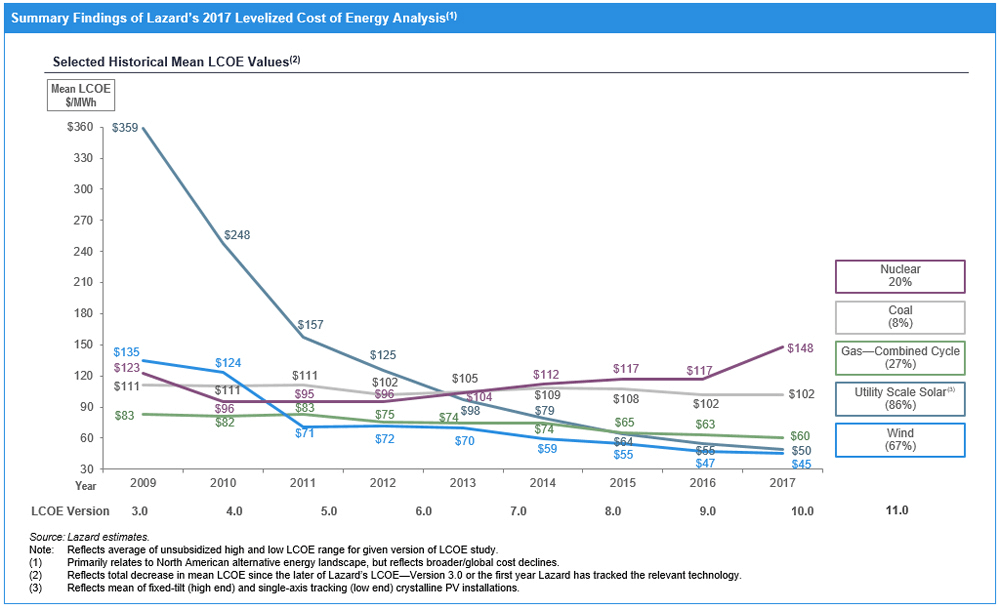 Federal tax incentives exist to encourage the expanded generation of renewable energy in the U.S. These include a production tax credit for new wind, geothermal, and biomass, and other eligible technologies at a fixed rebate per MWh of generation, as well as an investment tax credit for new utility-scale and small-scale solar projects. Additionally, federal tax credits exist for residential solar projects. At the state level, almost 3,500 policies and incentives for renewable energy and energy efficiency exist. An interactive map of state renewable energy and energy efficiency incentives can be found here.

Most of the planned growth in the U.S. renewable energy sector is driven by businesses and sub-national climate change mitigation commitments. Sierra Club hosts an interactive map of cities, counties, and states across the U.S. that have already transitioned or are committed to transition to 100% renewable energy by 2050. Many Democratic representatives and presidential candidates have called for a national-level program to significantly increase the scale and capacity of renewable energy generation in the U.S., but Republican members of Congress have largely blocked any progress towards this goal.

Send a message to your members of Congress calling for dedicated funding for the expansion of renewable energy generation capacity through workforce training and tax incentives policies.

Renewable energy represents more than just a means of powering our homes and businesses – it produces a healthier, more resilient, more sustainable world, by providing jobs in better conditions than many in the fossil fuel industry; by generating necessary power with much lower public health and pollution outcomes; and by reducing our nation’s contributions to climate change. Please support programs to incentivize the expansion of the renewable energy sector in the U.S., particularly workforce training programs for renewable energy jobs and fiscal incentives for renewable energy resource deployment.