Spotlight Activity: The Social Cost of Climate Change in the UK

In the UK, climate change has caused new types of vulnerability in three major ways. First, there has recently been increased flooding in areas of the UK. The met office has warned heavy rainfalls will be 5 times more likely by 2100. Lincolnshire, Nottinghamshire and Cumbria being recently affected and parts of southern England are also at risk. Below is a graph showing the rate of flooding of the river Thames in London increasing over time: 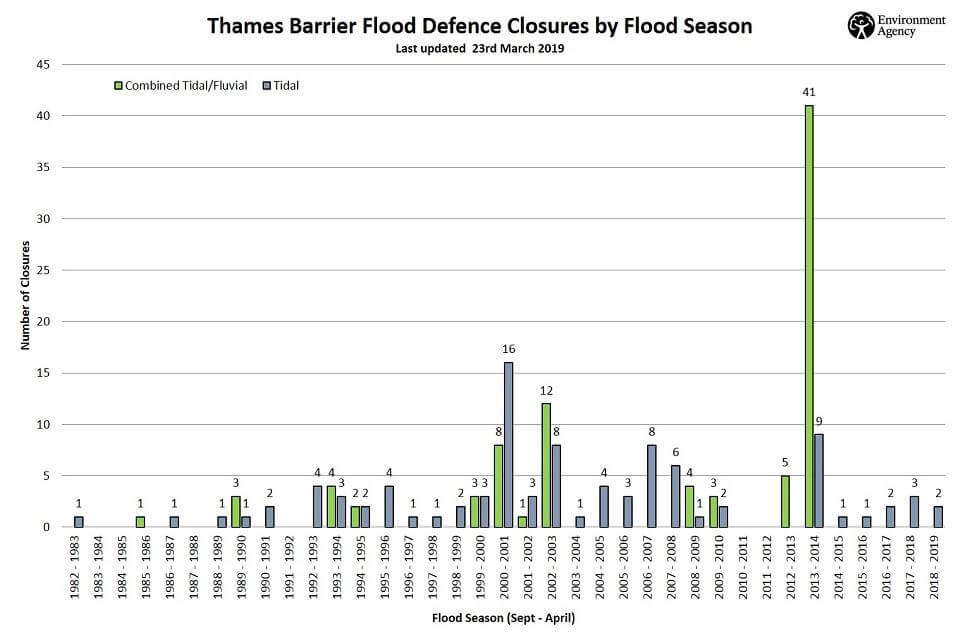 The met office has stated the increased flooding is due to climate change because it causes an increase in extreme weather events, with wetter winters and drier prolonged summers. Those at risk include people with property on the floodplain. Flooding has a significant economic impact on people’s well-being due to the damages caused to private property and the government funding required to clean up damages. In response there have been dredging programmes to make the river beds deeper, increased expenditure on flood barriers and urban water basins. 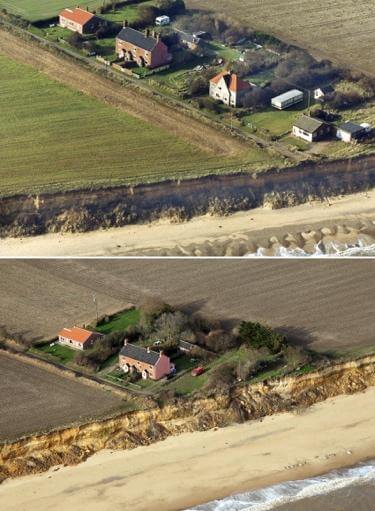 Further, people with property on the coast lands of the UK may also suffer from damages to property as sea levels rise and coastal erosion increases. Areas of South Wales are particularly vulnerable. To the right is an image of the extent coastal erosion has already occurred in East Anglia:

To overcome these damages, the government released shoreline management plans to strengthen coastal defenses over the next 100 years. In that time, sea level will rise by approximately half a meter.

Finally, as the summers will become hotter, record temperatures are being seen that have never occurred before. On the 29th June 2019 areas of the UK, particularly the capital, saw the temperature reach 33 degrees Celsius. This is extraordinary considering the average temperature for June is usually 20 degrees, and July 22 degrees. The people most vulnerable to extreme heat are the old and young who could suffer from heatstroke, which is potentially dangerous. Further, the increased temperature could lead to mild droughts in parts of England. To counter this, United Utilities have applied to take more water from the famous Lake district to continue water supplies. Additional measures include hosepipe bans and green walls that have a cooling effect.

I believe the efforts put in place to defend against flooding and coastal erosion are sufficient for short-term needs. However, as flood rates continue to increase there will need to be greater measures put in place. The zoning laws for properties on floodplains should be managed to reduce damage and let natural flood barriers, such as woodlands, to regrow. In the long-term, this could save money for local governments who have to clean-up area’s post flooding. Coastal lands could have similar zoning laws to protect people from unknown consequences of climate change.