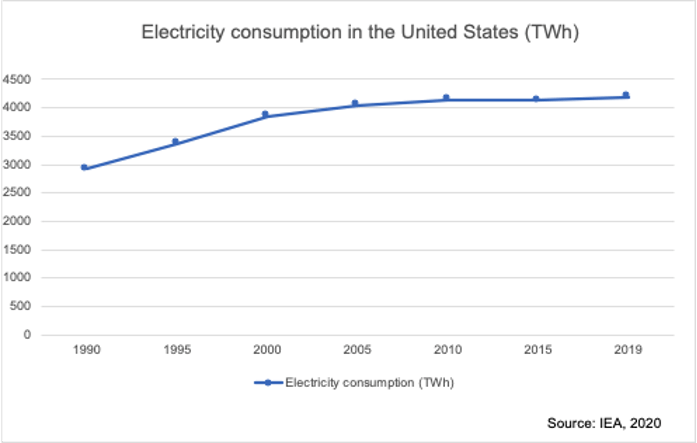 According to the United States Energy Information Administration (EIA), the U.S. received 28% of its electricity from coal, 34% from natural gas, 20% from nuclear power, 17% from renewables, and 1% from petroleum in 2018. 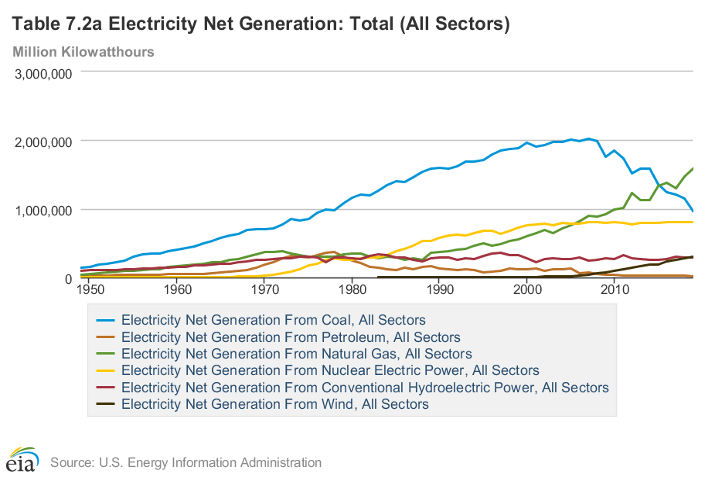 Most electricity policy in the United States is governed at the state level with little oversight from the federal government since the 2018 rollback of the Clean Power Plan. However, 30 states, three territories, and the capitol adopted renewable portfolio standards (RPS) that set specific requirements for what proportion of electricity sold by utilities must come from renewable energy sources. The National Conference of State Legislatures attributes roughly half of the growth in U.S. renewable energy generation since 2000 to state-level renewable energy requirements.

To accelerate the appreciation of renewable energy, state and federal requirements for renewable energy generation should be increased and subsidies for fossil fuels ought to be phased out. Strong federal policy can support an energy transition that both growth the U.S. economy through creating green jobs and reducing emissions from electricity generation.

This post was submitted by US Country Manager Stephanie Gagnon.