As the sixth largest greenhouse gas (GHG) emitter in the world, Brazil is an extremely relevant country in discussions about climate action. Over the last decade the country has undergone an exponential increase in emissions. According to IEA metric calculations, Brazil emitted over 400 Mt of CO2 in 2018—an increase of 100% from 1990 emissions.

Using Brazil’s own System for Estimating Greenhouse Gas Emissions (SEEG), the country emitted a total of 2.175.630.937 tons of CO2 equivalent in 2019. Compared to 2018 levels, this measure signifies a 9.56% increase in the country’s GHG emissions. According to Worldometer data, Brazil’s 2019 emissions represent close to 1.3% of global CO2 emissions. Over 60% of Brazil’s emissions come from land use changes and deforestation; if we were to include emissions from the farming sector, that figure would rise to 80%.[1]

Figure 1: Historical emissions of Brazil per sector compared with deforestation

Despite the decreasing trend in CO2 emissions since 2010, observed sharp rises in recent years indicate the possibility that overall emissions are increasing in Brazil.

In 2019 alone deforestation of the Amazon generated a total gross emission of 581 Mt of CO2 according to data from INPE-EM online database. INPE also calculated that deforestation in the Cerrado in 2019 was responsible for 117 Mt of CO2 emissions.  These numbers refer to estimates of second order emissions, a calculation that considers the gradual process of liberation and carbon absorption as it occurs. It is important to point out that those two regions are lacking in appropriate environmental regulations.

The graphs below demonstrate historical emissions associated with deforestation in the two biomes.

Figure 2: Historical CO2 emissions in the Amazon and Cerrado. 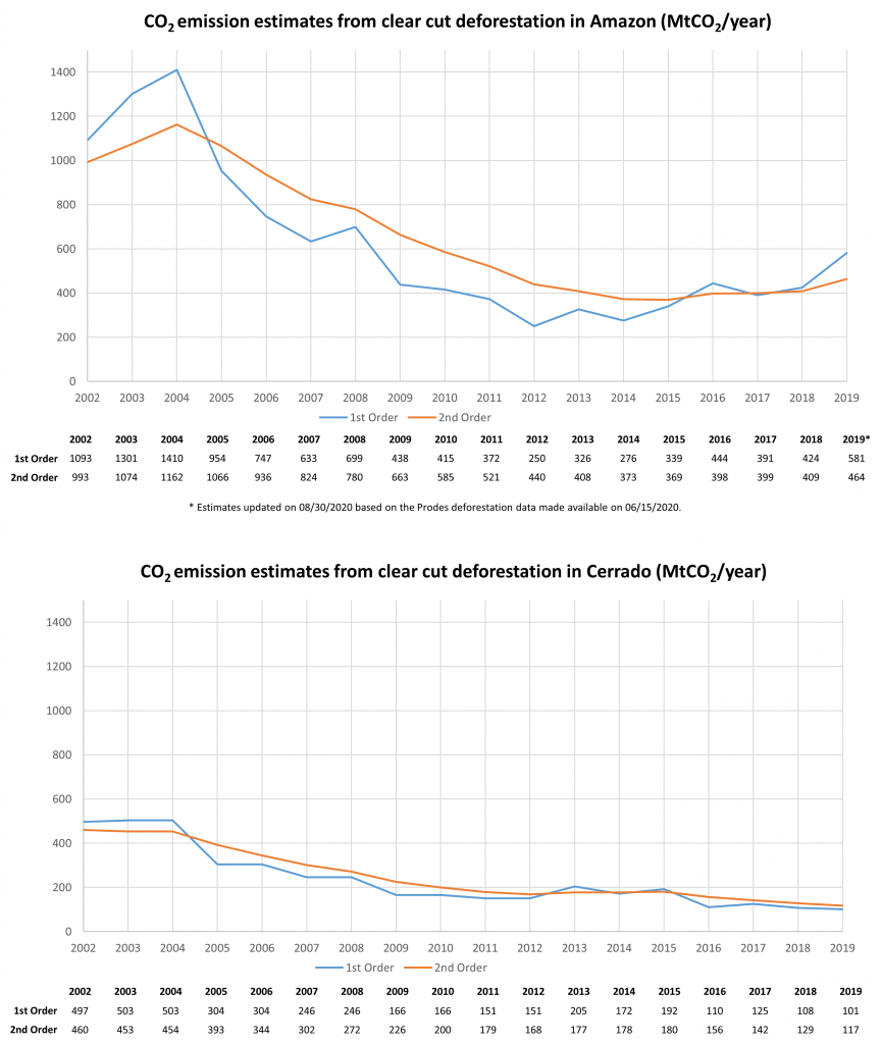 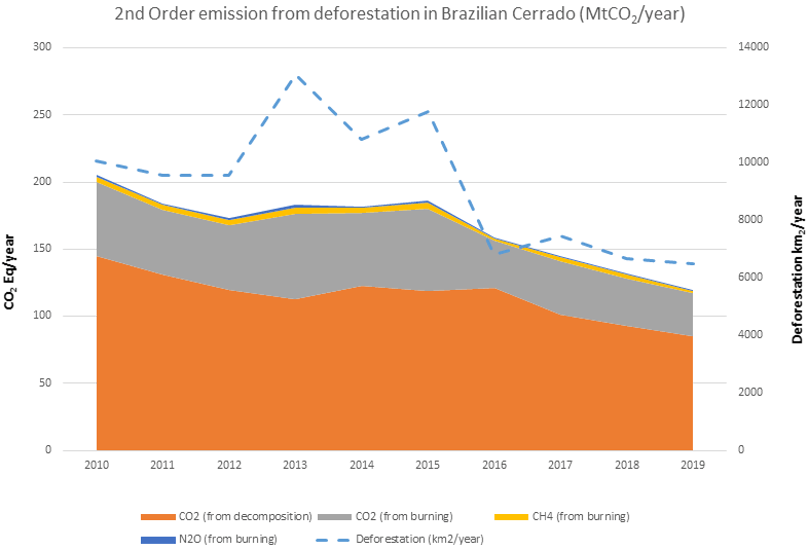 Figure 4: Deforestation and greenhouse gas emissions in the Amazon 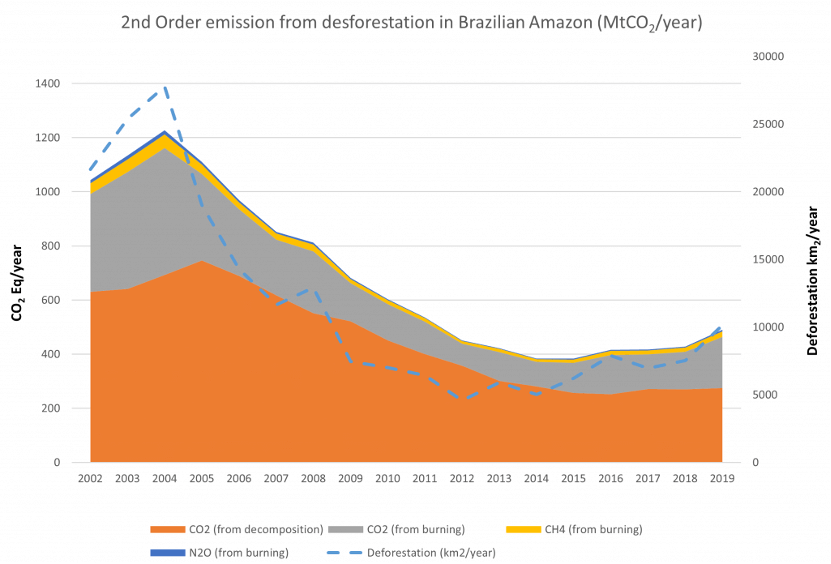 In the context of Brazil’s contributions to global GHG levels, it is imperative to understand the impact reforest removal (an activity highly related with agriculture expansion) has on expelling considerable levels of sequestered carbon. To put it simply, this stock of carbon being released both through deforestation in the Amazon and Cerrado is of such magnitude that it can translate into irreversible effects for climate change.

Indeed, many studies point already that the growth of emissions in 2019 was driven by skyrocketing deforestation in the Amazon rain forest, which accounted for about 44% of Brazil’s total CO2 emissions.

There are significant and continuing gaps in Brazilian policymaking for halting this emissions growth in general. However, the continued roll-back of forest protection is the most relevant policy change enabling ever higher deforestation rates as it is responsible pushing emissions from deforestation upwards. In 2019 alone over one million hectares of land was deforested in the Legal Amazon, a 34% increase since 2018 and 120% greater than the historic low reached in 2012. It is worth remembering that this trend takes Brazil in the opposite direction of its Paris Agreement commitments, which include a target of zero illegal deforestation in the Brazilian Amazonia by 2030.[2]

Brazil’s emissions increased exponentially over the last decade. According to the metrics calculation of IEA, in 2018 Brazil emitted over 400.000 Mt of CO2, an increase in over 100% using baseline emissions of 1990.

There are not enough policies being created in Brazil that are targeted at Climate mitigation, especially to what relates to LULCC and deforestation, the sectors that contribute the most for Brazil’s ongoing emissions.

[1] This was calculated using data retrieved from the SEEG database. The interested reader may refer to this Climate Scorecard’s post to learn more about the data base and the system used for emissions calculations

[2] Further information about expected emissions linked to policy projections can be found at https://climateactiontracker.org/countries/brazil/