More than 12% of the total land area of the United States and almost 20% of its marine area are protected by a combination of state and federal protections. However, only 5% of the U.S.’ total land mass is designated federally protected wilderness. The Wilderness Act, the strongest federal protection for public lands, preserves these protected areas for biodiversity conservation, watershed protection, and outdoor recreation; mining, farming, and other extraction proceedings are banned.

From the period 1959-2012, the largest changes in land use in the U.S. were the expansion of special uses, including protected areas and public lands, the reduction in forest use, expansion of grassland, and recent reduction in cropland. 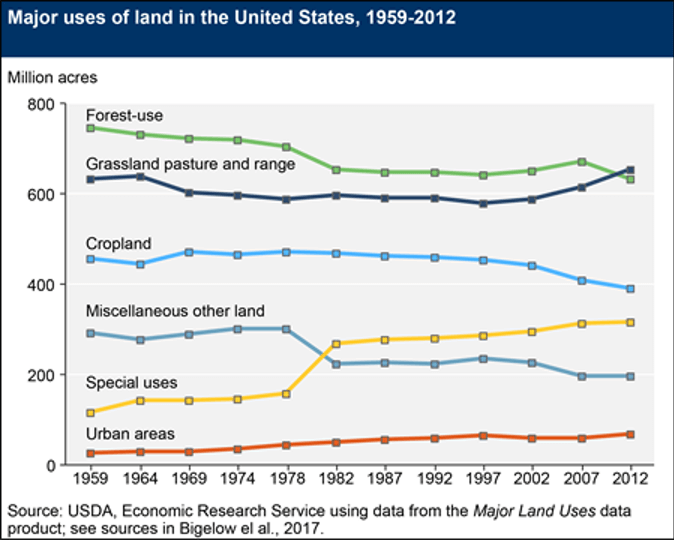 Under the Trump Administration, protections for public lands that expanded under Obama have been drastically scaled back by an estimated 35 million acres, or almost 15%. While many of the rollbacks are being challenged in the courts before they can be fully implemented, they still represent a significant threat to the integrity of the extensive protections from mining and development efforts.

The United States is an incredibly diverse country, and as such has many important ecosystems that provide life support services to the local residents and the planet as a whole. The map below shows the 15 Level I ecoregions of North America, including the nine regions in the continental United States and the additional two in Alaska. These include Tundra, Taiga, Northern Forests, Northwestern Forested Mountains, Marine West Coast Forest, Eastern Temperate Forests, Great Plains, North American Deserts, Mediterranean California, Southern Semi-Arid Highlands, and Tropical Wet Forests. 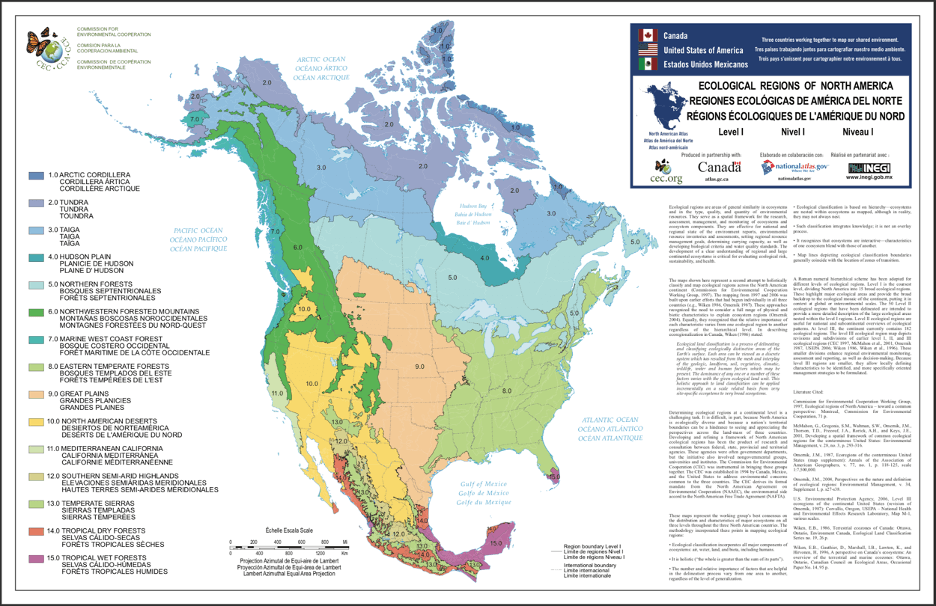 Given the most recent attacks by the Trump Administration on the United States’ public lands, protected areas in Alaska like the Tongass National Forest, as well as national monuments like Bears’ Ears need protection from destruction by fossil fuel mining and extraction. Additionally, the Everglades, a unique ecosystem in south Florida that hosts some of the most biodiverse areas on the continent and provides essential services including water regulation and climate benefits is in need of protection from human development and the effects of climate change.

While the U.S. is known for its national parks and federal protections for wild lands, their integrity is under threat from the Trump Administration’s continuous rollbacks of these protections and awarding of leases in these lands for resource extraction.

Our public lands and wilderness areas are vital to the diverse needs of our nation’s humans and wildlife, and represent a core pillar of our nation’s identity. Rather than reducing the land we protect and preserve, we need to expand conservation measures to keep resource extraction out of our most precious wild lands. Please cease all rollbacks of protections for public lands.

Department of the Interior