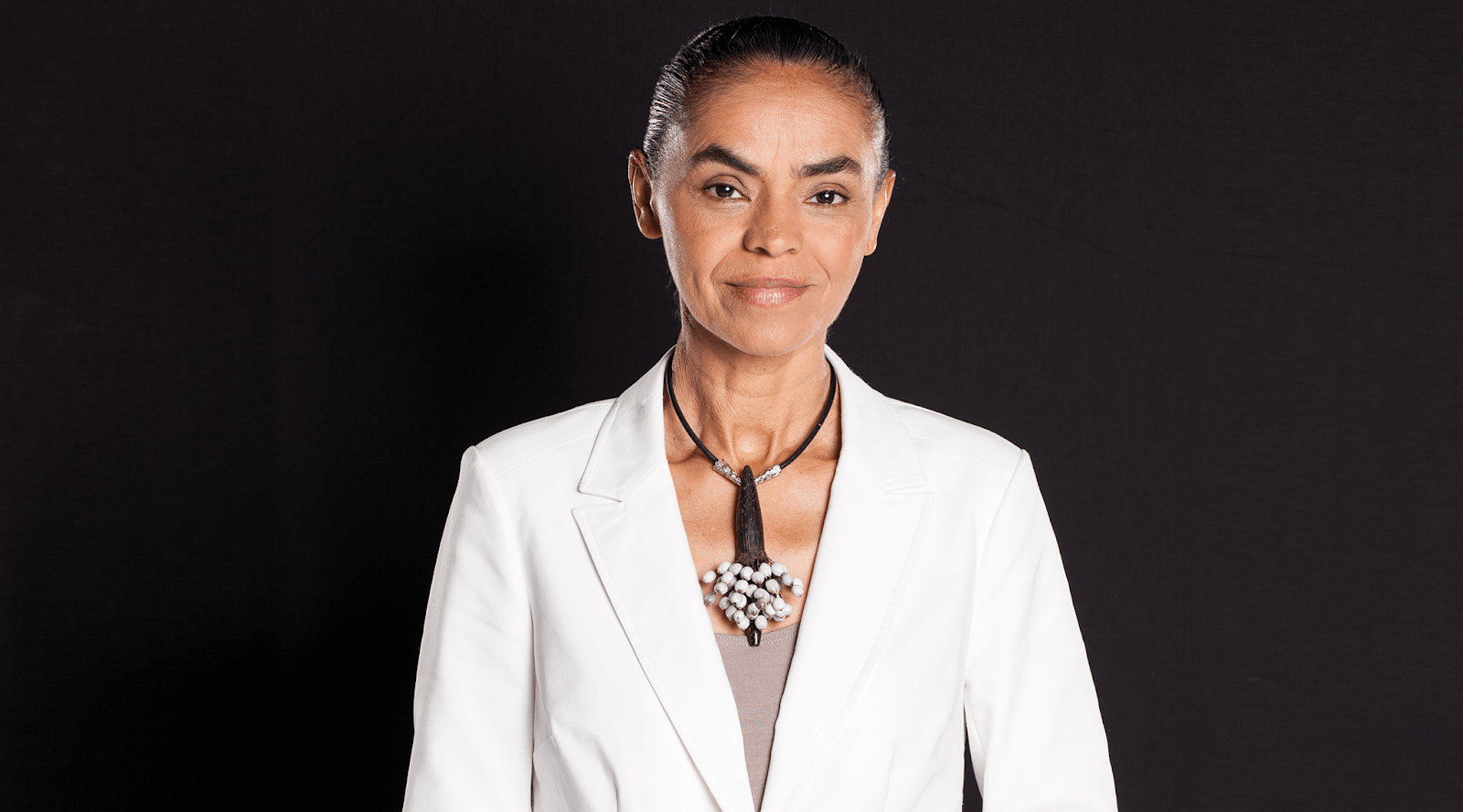 Marina Silva, 61, is a Brazilian politician and environmentalist. She is currently the leader of one of Brazil’s main Sustainability focus Party (REDE), having previously served as a senator of the state of Acre between 1995 and 2011 and Minister of the Environment from 2003 to 2008. She also ran for president in 2010, 2014, and 2018.

Silva has won a number of awards from international organizations in recognition of her environmental activism, such as the Goldman Environmental Prize for South & Central America (1996) and the Sophie Prize (2009). She has been named one of the Champions of the Earth by the UN’s Environmental Program in 2007 and was one of the Women of the Year by the British Financial Times Newspaper. She was also described by the Guardian as one of the top 50 people who can save the planet.

Silva is one of the few politicians in Brazil to openly defend environmental concerns, and the main political symbol of sustainability in Brazil. However, from an electoral point of view, most of her supporters identify themselves with her life story rather than with her discussion of sustainability. Born to a very poor family of rubber tappers and raised in the middle of the Amazon jungle, Silva breaks the mold for Brazilian politicians and represents sectors of the population that are often neglected.

In terms of Climate change related issues, Silva is known for her struggles to protect the rainforest from illegal logging. She has a track record of taking on powerful vested interests when she worked as an environment minister: Silva imprisoned more than 700 people for environmental crimes and slashed the rate of deforestation in half. This meant clashing with the big agricultural businesses responsible for 20% of Brazil’s GDP. More than that, her name represents the opposition to large estates of soybean and genetically modified crops as well as cattle raising. Additionally, she believes that it is not necessary to sacrifice development to implement a green agenda.

If Silva had been successful in becoming Brazil’s president, she would have represented a very important step forward to the nation’s green agenda. It is expected that she would have intensified discussions with the agricultural sector and raise taxes on activities that harm the environment. Additionally, she has been very vocal in her support of low carbon agriculture, a very important policy for climate change mitigation that could lead Brazil to decrease emissions exponentially.

While the rest of the world is starting to talk about the pressing need to discuss climate change and sustainability, Brazil continues to turn the other way under pretenses that developing the country’s economy is more relevant than protecting the environment right now. This presents a very relevant challenge to Silva’s possibilities of defending the environment and, more specifically, Brazil’s Amazon forest. She strongly defends a climate change agenda should be a priority in Brazil. Her voice is increasingly relevant given the current forest fires in the Amazon that have been devastating the region over the past months.

Silva remains very influential in the global environmental community. She is one of the politicians in Brazil openly critiquing the current president Jair Bolsonaro’s speeches and policies on the rapidly rising deforestation and fires in the Amazon.

“The fires in the Amazon are a crime against humanity. The Brazilian government is undoing all the environmental policies that previously existed”. – Marina Silva