Spotlight Activity: Brazil Leads the Way in the Use of Renewable Energy

Even though Brazil is currently in political turmoil in relation to environmental and sustainable development policies, the Brazilian energy matrix is still a benchmark that can be used to ascertain Brazil’s use of renewable energy.

A great deal of Brazil’s renewable energy comes from hydroelectric power plants. However a significant share of the country’s renewable energy arises from prior public policies that tried to enhance the share of non-traditional renewables (especially sugarcane used to make ethanol).

The following chart compares Brazil’s use of various renewable energy resources to the worldwide use of the same resources: 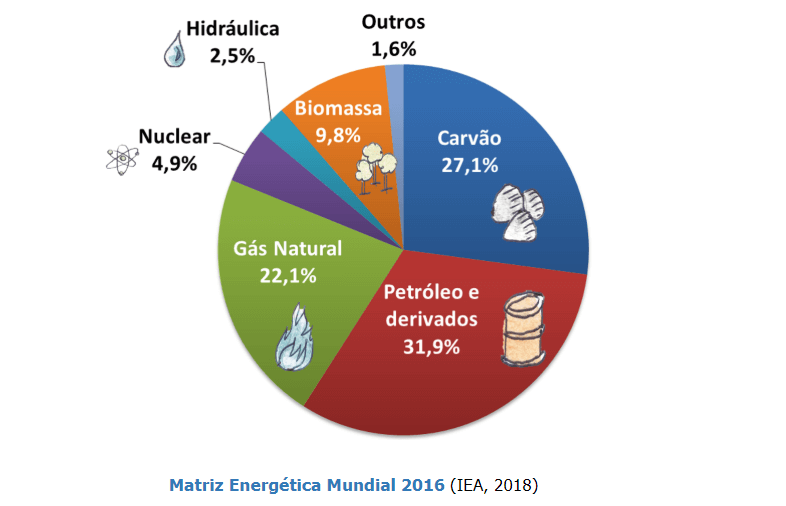 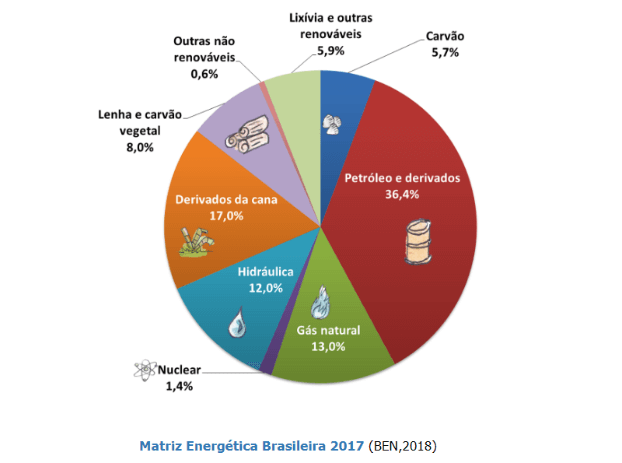 A comparison between the share of renewables within the energetic matrix, worldwide, and in Brazil: 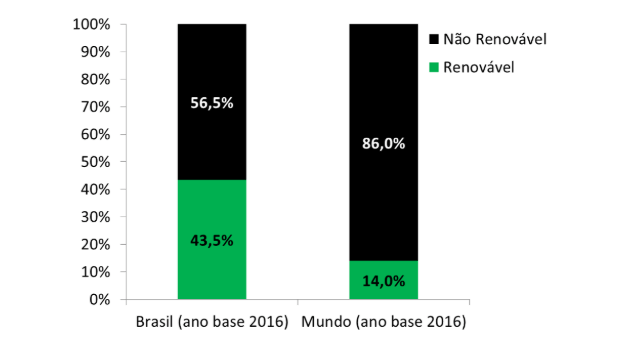 Most Brazilian energy consumption is supplied by hydroelectric power plants – 65.2% – and a share of 19.2% arises from non-renewable sources (coal, natural gas, nuclear and oil). However, most impressive is the share of “alternative” renewables: 15% of Brazilian electricity consumption comes from biomass, wind, and solar power plants.

A comparison between the world and the Brazilian sources of electricity is as follows: 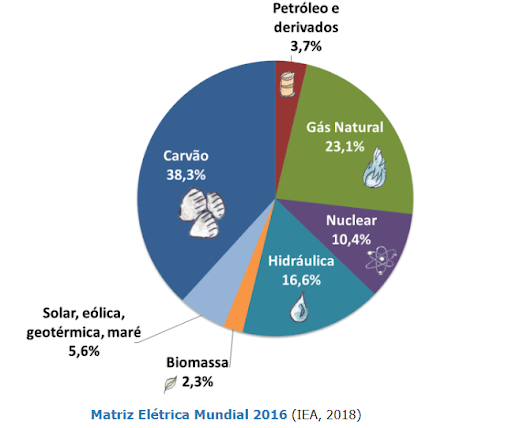 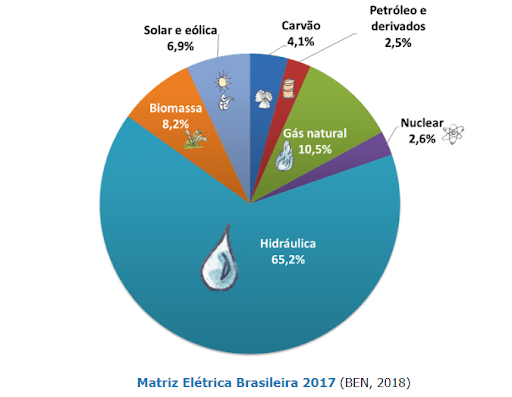 Historically, due to the abundance of hydro resources, Brazil has focused its investments in creating a large, reliable, and resilient infra-structure system for energy generation from hydroelectric power plants. Currently, around 200 are in operation and this figure is expected to increase as the national energy system is considered to have deteriorated and needs to be renewed. Even though it is considered the cheapest source of electricity, hydropower has to mobilize a large amount of fixed capital and often incurs social and environmental costs. Moreover, hydroelectric plans are always dependent on rainfall patterns, which imposes an additional risk of their operation and, therefore, tends to increase the cost of capital investments in such plants.

Brazil has a high potential to generate electricity through wind power plants and solar panels. This potential, however, has not yet fully realized as Brazil still suffers from a lack of infrastructure for both generation and distribution.

A few investments have recently been made in alternative energy infrastructure and investors are more interested each day. This can be observed by the quantity of green bond emissions financing these investments: from the outstanding 23 green bond emissions, 10 are related to wind and solar plants, and they comprise 23% of the total amount of debt issued through this type of asset. Considering that solar and wind plants are cheaper and faster to build, the figures show that these sources of energy are gaining  traction in the Brazilian energy matrix.

Brazil holds a comparative advantage regarding the use of renewables as sources of energy. This is mainly due to the large supply of natural resources that enable a stronger presence of these sources in comparison to other countries. Moreover, Brazil has launched a successful program engaging the use of ethanol as fuel. However, renewable energy is not part of the core agenda of the current government.

Brazil is recognized as a world leader for alternative renewable sources of energy, especially bio-fuel. We do see, however, an increasing pressure from entities aiming to strengthen the use of non-renewables within the Brazilian energy matrix, although these are lower cost-efficient energy sources that enhance global warming. It is important that the government and its representatives, including the Ministry of Mines and Energy, take action to support the continuing use of renewables, contributing therefore with the commitments taken with the signature of the Paris Agreement.