Spotlight Activity: US Emissions Data Strong Despite Lack of Support from the President

The Greenhouse Gas Reporting Program (GHGRP) at the U.S. Environmental Protection Agency collects and publishes a report of greenhouse gases emitted in the United States by actors across the country, broken down by industry, type of gas, and source. Annual reporting data is available in full at the GHGRP’s website.

The EPA also publishes an Inventory of U.S. Greenhouse Gas Emissions and Sinks, updated annually since the early 1990s, which is submitted to the United Nations in accordance with the UNFCCC. The 2019 report (with data through 2017) is available here.

Facilities that emit large amounts of GHGs are required to report their emissions and other relevant information to the GHGRP, using one of several accounting methodologies provided by the EPA. Over 8,000 facilities are required to report their emissions annually, totaling 3 billion metric tons of CO2 equivalent, or about 50 percent of the total GHGs emitted by the U.S. The Inventory of U.S. Greenhouse Gas Emissions and Sinks provides a more complete picture using estimates of additional sources of GHG emissions.

A recent EPA report shows that in 2017, the largest source of GHG emissions in the U.S. was transportation (29 percent), followed closely by electricity generation (28 percent) and industry (22 percent). Agriculture (6 percent), commercial (6 percent) and residential (5 percent) made up the remaining emissions. The Report covers emissions of Carbon Dioxide (82 percent of all U.S. emissions), methane (10 percent), nitrous oxide (6 percent), and fluorinated gases (3 percent). 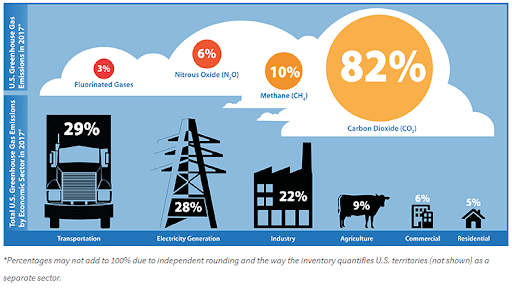 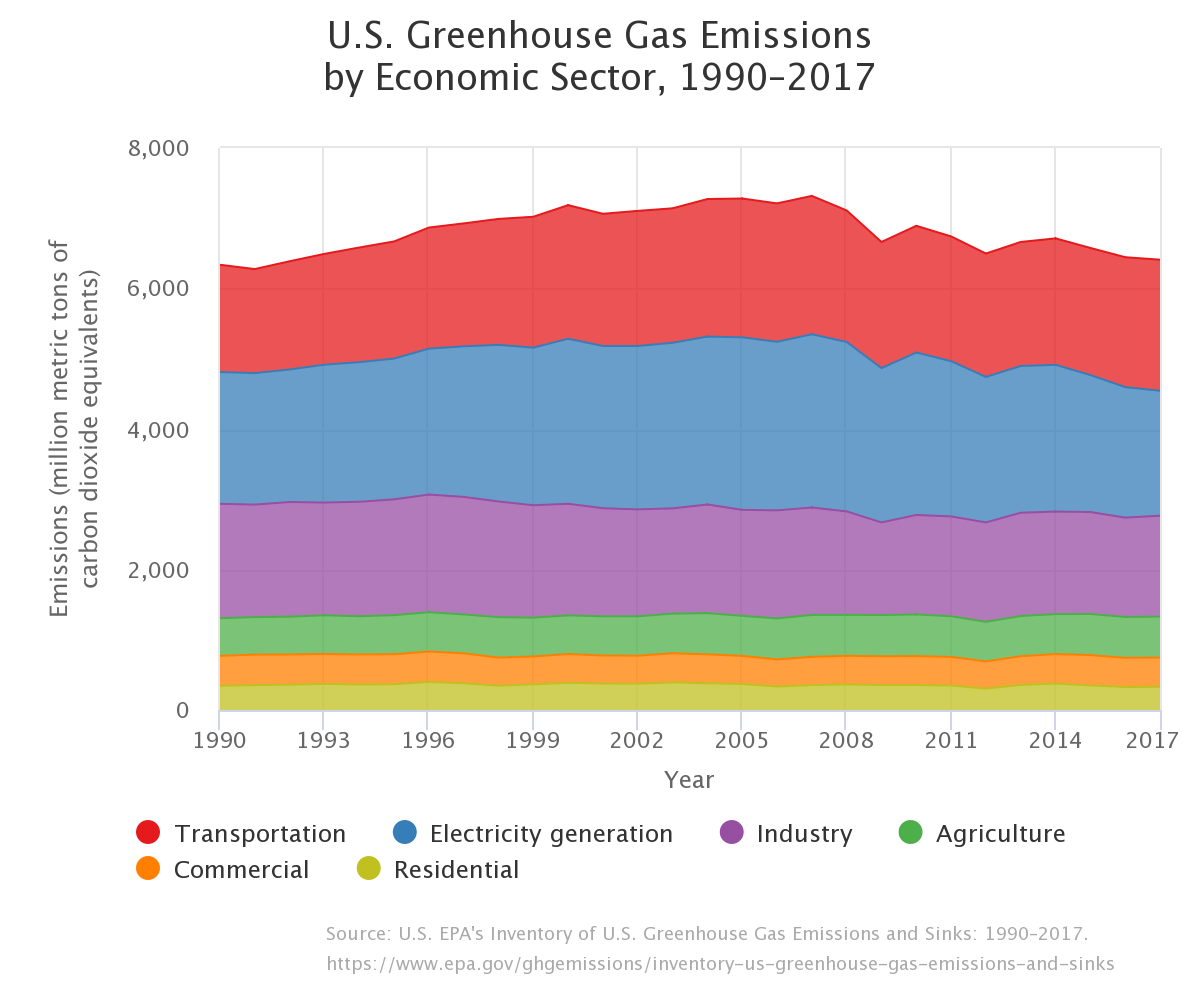 The data is considered reliable due to the rigorous accounting process the EPA pursues, and the EPA claims that 100 percent of U.S. emissions are covered by the report. However, it is possible some sources are not accounted for, such as international air travel, small-scale facilities that are not required to report their emissions, non-energy fossil fuel uses, and other sources not defined by the UNFCCC.

While the Trump Administration works hard to suppress climate change data and policy, the federal agencies and independent research groups that collect, analyze, and disseminate the data remain committed to creating a complete picture of American climate emissions.

Thank you for the work you do to support rigorous greenhouse gas emissions reporting and accounting. Climate change is one of the most important threats we face today, and the first step to combating it is having a complete picture of the way we contribute to the problem. I support your work and stand with you despite lack of support from the President.